10 free apps that are popular


Below we will talk more about the apps that have just been mentioned in greater detail.

Thanks to the Duolingo app, you can learn basically any language you want for free, including Swedish, Chinese, German, and Spanish. Duolingo is the best “learn a language” app in both the App Store and Google Play, and you can learn as many languages ​​as you want as long as you can stand a little advertising. Please note that you can pay extra to avoid advertising.

Chess.com offers the world’s most popular chess application, where you can play against both humans and computer opponents. It costs money to unlock some of the chess exercises but playing chess online and offline is completely free.

On IMDb.com or through their mobile applications, you can rate TV series and movies with millions of other users. The IMDb apps for iOS and Android are completely free, and it does not cost any money to create a user account.

Google Translate is one of the most used internet services right now, and it’s completely free to translate anything you want via that app. A unique function that’s worth mentioning with their mobile apps is that you can point the camera at for example a sign, and make the app translate the entire text for you.


Read more: How much does an app cost?

Waze is the world’s best GPS app, and it is available for both iOS and Android. You do not have to pay anything to use the GPS app, and since Waze uses Google Maps, you will always get accurate instructions from a voice that tells you how to drive.

Worth noting is that most of all speed cameras are added in the Waze app, which can be a nice feature for anyone who accidentally happens to accelerate a bit extra sometimes.

Kahoot is a free quiz app that is available for both iOS and Android. At first you´ll need to create a study group, then you´ll have to invite your friends, and after that you´ll be able to compete with your friends. You can also compare your own results with your friends’ achievements.

EasyPark is a parking app that allows you to pay for your parking space in an easy manner. You do not need to be near your car to “fill up” the meter, because you can do so via your mobile phone.

SMHI does not offer crisp snowflakes in 4K resolution, but at least they’re good at predicting the weather. You´ll also get notifications as soon as there is a storm or perhaps heavy snowfall inbound, which can be good regardless of whether you are going to be outside or not.

With 1177 Vårdguiden’s app, you can, among other things, keep track of your prescriptions and read your medical records. The 1177 app is financed via Swedish taxpayers and is very easy to use.

With Klarna’s applications for iOS and Android, you can play games, among other things, but you can of course also pay your bills and defer payments if you wish. The app is fully financed with the help of the Swedish finance company Klarna.


This is how free apps make money

It costs quite a lot of money to hire good app developers, so how does free apps really make money? We´ll talk about the answer to that question below. 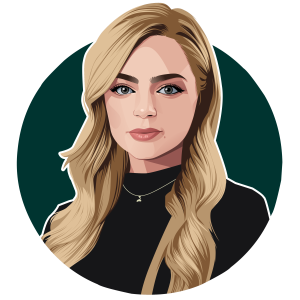 Leading projects within development of web & mobile applications, and SEO at LoopLabz. Do you want to get in touch with me? Email Felicia@looplabz.com

Please wait while you are redirected to the right page...